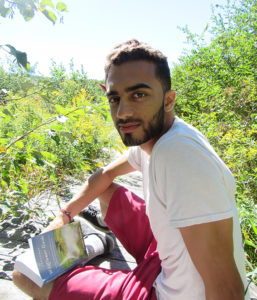 Not being able to differentiate and effectively resolve cryptic species has significant implications for conservation genomics. This is especially important when an introduced species may be displacing native species and causing introgressive hybridization leading to characteristics of both the invasive and native species. In Australia, the introduced Mytilus galloprovincialis may be causing such displacement and introgression due to the invasion and hybridization of the native Mytilus planulatus. Historically, it has been difficult to distinguish between these Mytilus species using allozymes and morphometric characteristics. However, being able to identify genetic markers to differentiate the cryptic Mytilus species is essential for understanding their spread and impacts.

For my PhD research I will be using next generation sequencing methods to determine the geographic spread of M. galloprovincialis and the extent of hybridization between M. galloprovincialis and M. planulatus. In addition to the genetics work, I will use morphometrics to test and assign species identity to historical, pre-European contact shells from middens samples in Australian biological archives. Therefore, a possible morphometric identification technique can be developed to differentiate between the two species. This knowledge will allow us to understand whether the aquaculture industry has been cultivating the M. planulatus or the invasive M. galloprovincialis or hybrids. Moreover, I will examine the role of habitat, especially the role artificial structures in promoting invasive spread. This knowledge will be useful to the scientific community in terms of clarifying species identity in the southern hemisphere, specifically Australia as well as to the aquaculture industry. Thus, this research advances scientific knowledge and has real world implications for human food systems.